An overview of the layouts at the 2016 Exhibition

Welcome to the Irish Riviera!

County Sligo, its wonderful beaches, Atlantic rollers and the barytes mining operations which brought the railway to this part of Ireland in 1866. It is now 1955 and the few tourists and remnants of the barytes industry are just about justifying the continued operation of this distant outpost of the international Great Northern Railway of Ireland,The road  incorporates a modified “Faller” road system. Buildings are scratchbuilt in plastic sheet or Das covered ply. Locomotives  and stock are either scratchbuilt or modified kit built and use B&B couplings. Most of the track is typical British bullhead using 3mm society rail, plastic chairs and wooden sleepers – all quite suitable for Irish 5’3” gauge. 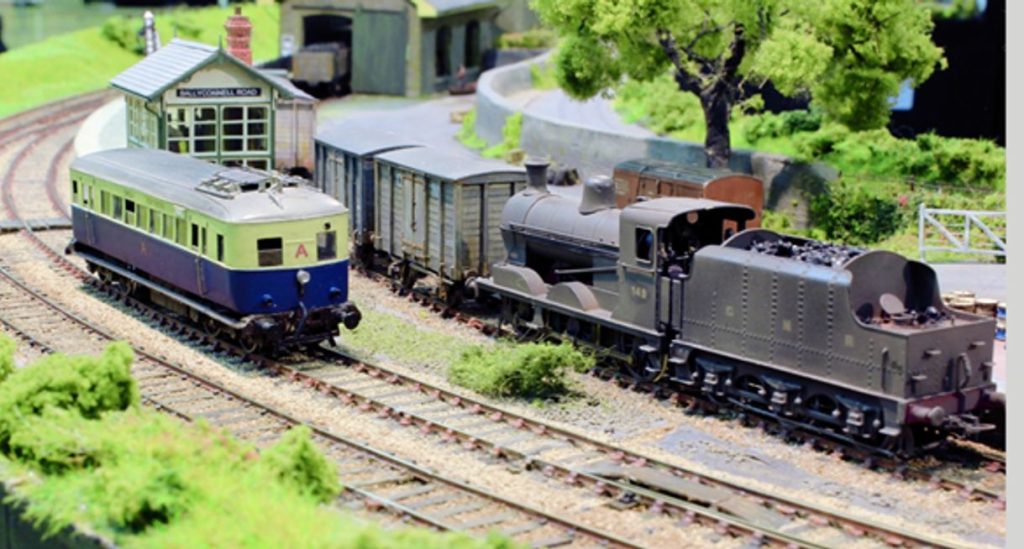 Canada Street aims to re-create a little of the working environment of the numerous small diesel shunting engines once operated by British Railways. Many of these engines spent their working lives on hidden-away freight-only branch lines and sidings left from the pre-WW2 heyday of rail traffic. As road transport and container boxes gradually took over the distribution of more and more loads in the late-1960s or 1970s, these branch lines faded into neglect, and most of the engines that worked them had gone for scrap by the late 1970s.

Operation of the layout portrays various locations around Britain between 1960 and 1979. The engines and wagons in use seek to accurately model the rolling stock from whichever year and area are being displayed. Many of the shunting engines modelled were found in only a few local areas, so the scenery aims to provide an industrial backdrop typical of many waterside regions. The buildings modelled are based on real prototypes from a variety of different dockside locations including Ipswich, Gloucester and Liverpool 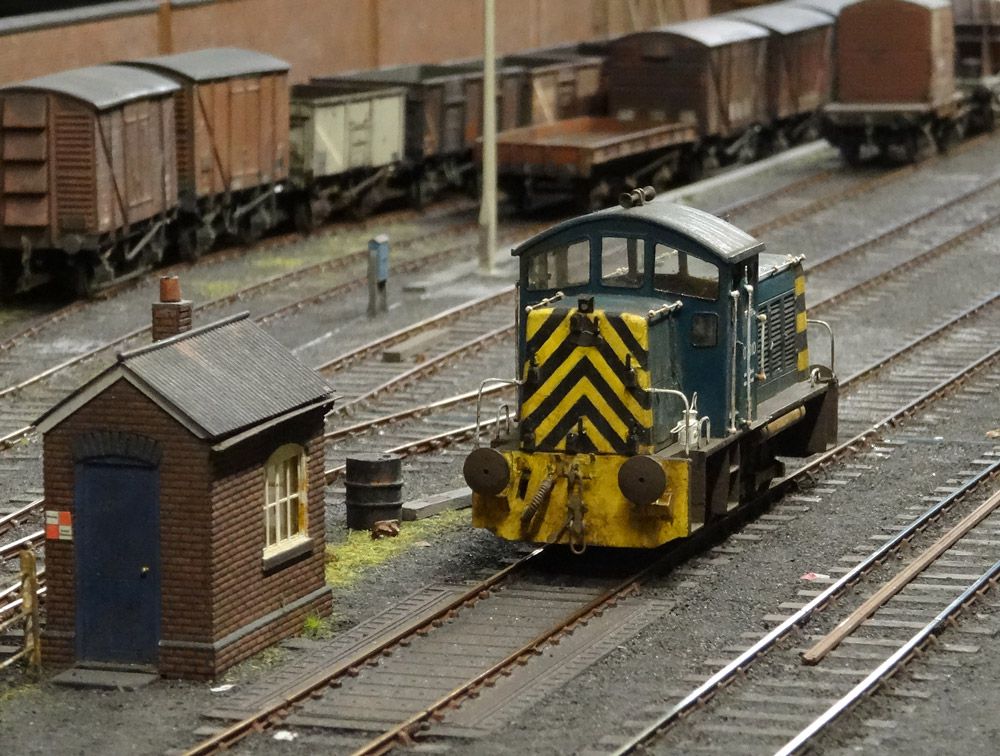 Based (very) loosely on Seahouses, the terminus of the North Sunderland Light Railway, Kitehouses represents an independent light railway whose operation was taken over by BR around 1949. It ran from an undetermined station on the East Coast main line to the small fishing port of Kitehouses. The line staggered on for many years, just about making it into the early diesel era, although by this time passenger traffic was very sparse with freight traffic just about justifying the line’s continuing existence.

Our self-imposed aim was to build this layout as an essay in illustrating how easy it is to build a starter P4 layout from available “ready to run” and kit items. We have used Exactoscale “New Track” components for making the trackwork. Buildings make use of “off the shelf” kits (suitably altered by David) from Wills and Ratio. The extensive stone walls are “out of the box” Hornby “Scaledale” while the cattle dock is a Bachmann resin cast item. 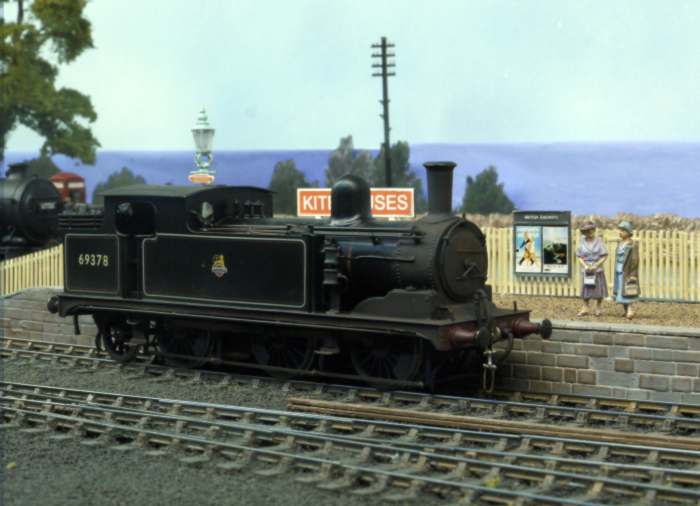 By the summer of 1964, the Isle of Man Steam Railway was a shadow of its former self. Tourists had not returned to the island after the Second World War and the halcyon days of the 1920s and 1930s were now a distant memory. After the boom years, short trains with few passengers were now the order of the day.

Mannin Middle assumes the Foxdale branch had been extended southwards to form a junction with the southern line at Ballasalla. Although passing through a largely rural area which did not contribute much passenger traffic, the route wo uld have been useful as a means of travelling from the south to the north of the island thus avoiding Douglas.

The northern routes from Douglas to Peel and Ramsey closed in 1968. However the southern line remains open and it is still possible to travel from Douglas to Port Erin through the beautiful rolling Manx countryside in a wooden bodied coach hauled by a 19th century steam locomotive. 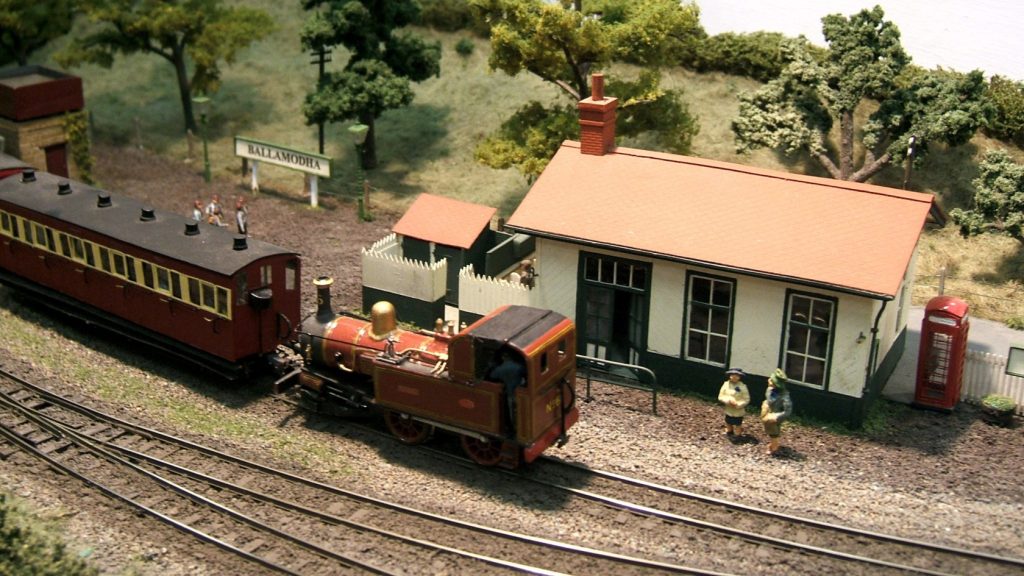 The Lancashire & Yorkshire had proposed a line  from Lancashire to connect at Sowerby Bridge in Yorkshire. Having looked at an O.S. map of the Milnrow/Ogden Moor area (1891 edition) we decided that had this line been built, it could, at less cost, have joined the Oldham Loop at a triangular junction giving two alternate routes into Manchester i.e. via Milnrow and back onto the main l ine at Rochdale or via New Hey and onto Manchester via Oldham. A suitable area for a station would be the hamlet of Ogden, which would have developed at a quick rate with the coming of the railway. Hence Ogden Fold was established.

Up until now Ogden Fold has been operated in pregrouping times as running under the LYR. With the advent of Eastwood, our new LYR layout, plans are afoot to move Ogden Fold forward some forty or so years in the future and run the layout in the BR era. This will therefore the last chance to see the layout in all its pregrouping glory. 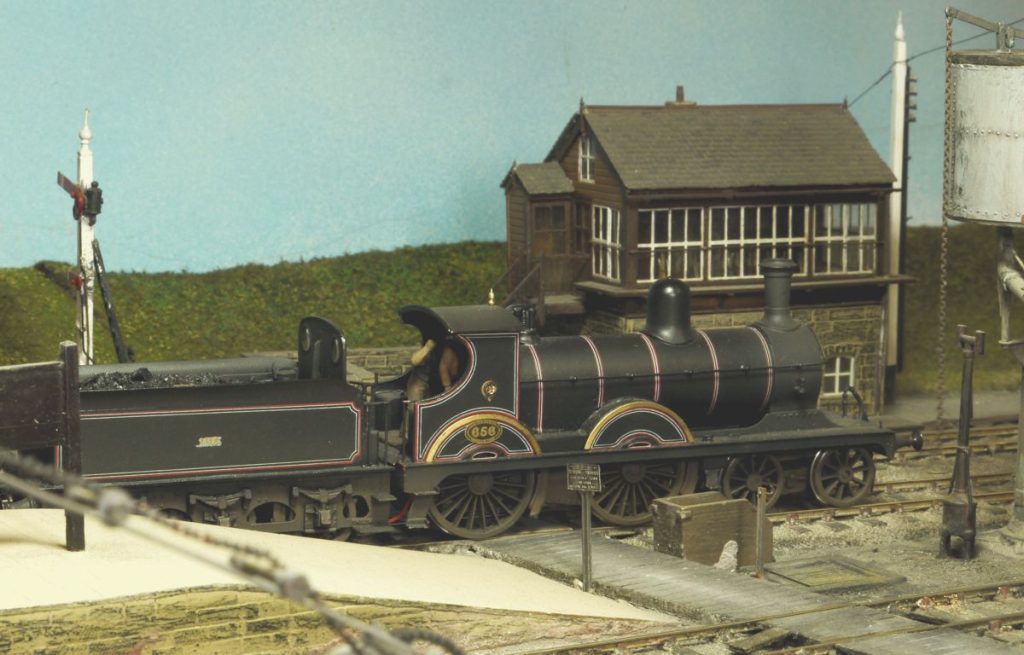 This is a first venture into N Gauge and depicts Brixham bay as it used to be before closure in the 1930s and 1940s. Beautifully presented as a diorama style layout,  Brixham Bay features a 10 foot long oil on canvas backscene which curves around the back of the layout.

Those familiar with LMS matters will instantly recognise Edge Hill as the principal steam shed for the Liverpool area, serving Lime Street station and the large freight yards nearby. Edge Hill was a massive shed, so impractical to model in its entirety, but the area occupied by the loco servicing facilities was fairly compact. It was separated from the main shed by a pair of high-level freight lines, and constrained on other sides by another set of freight lines and the main lines leading from Lime Street heading south, forming a triangular area. Facilities included a turntable, two ash-handling plants, watering facilities and a large coaling plant. The layout was built for the EM Gauge Society 60th Anniversary competition, and first exhibited at expoEM North, September 2015.

The North Holderness Light Railway running from Beverley to North Frodingham in East Yorkshire was a “very nearly built” railway.  Contemporary tile maps, such as that at York, show the projected route.  The layout shows a possible branch from North Frodingham to to Foston-on-the-Wolds, where there was a brewery and a large water turbine driven flour mill.  The location and buildings, or their remains, still exist although unfortunately never served by rail. 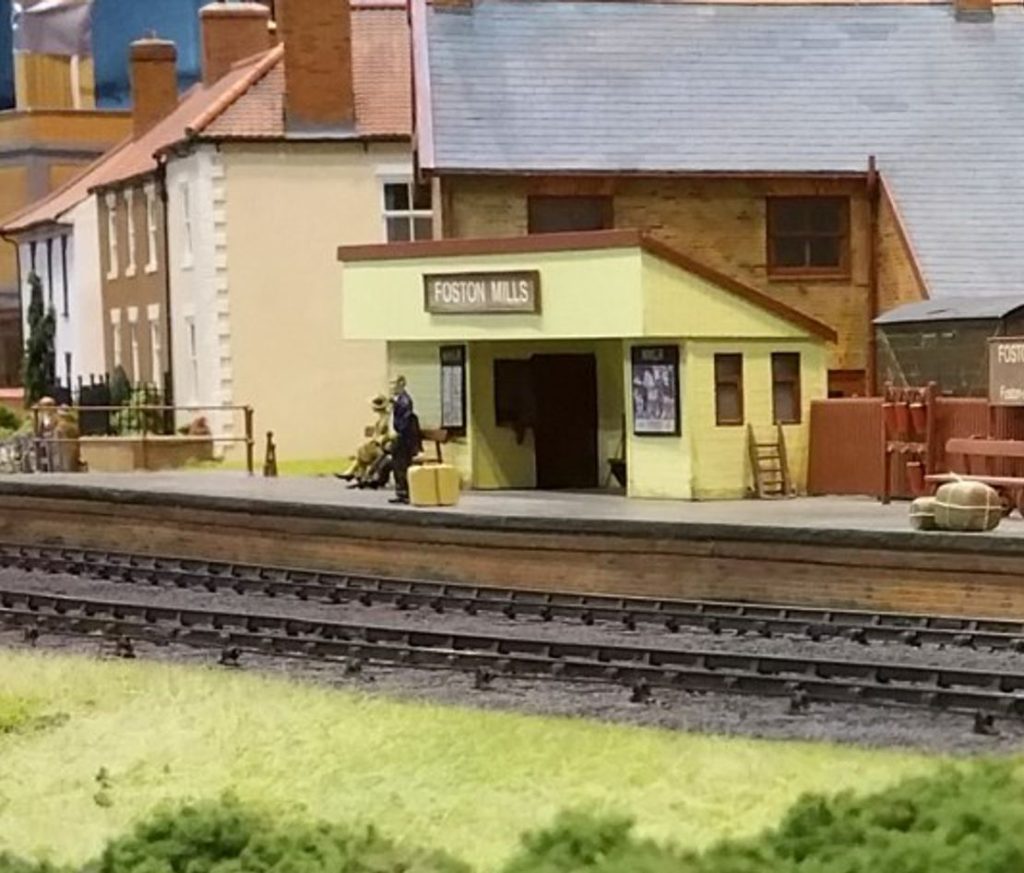 Built by Jo Palmer as part of a P4 Challenge in 2011, Lower Exbury’ represents the terminus of the (fictitious) South Hampshire Light Railway in the summer of 1952.

Such a line could have been built from Totton to Exbury, close to the Beaulieu and Exbury estates, with grandiose ideas to extend across the Solent to the Isle of Wight. ‘Lower Exbury’ is a twig off this line, serving a river wharf close to a brickworks, allowing transhipment between the railway and local shipping.

It became the terminus when the proposed IoW extension was dropped. Basic passenger facilities were provided, with loco servicing, stock storage and the like being at the nearby Exbury station.

On nationalisation in 1948 the Company became part of the Southern Region of British Railways and by 1952 the future is unclear for ‘Lower Exbury’ as the local brickworks is facing almost certain closure and remaining traffic is relatively light. 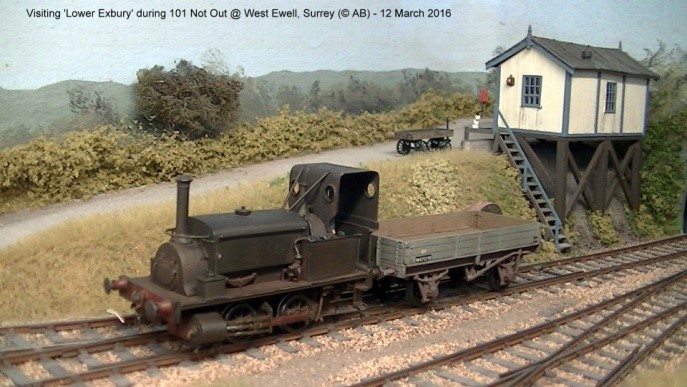 Millanford is a GWR based fictional branch layout located loosely in the West Midlands. Set in the mid-thirties against a fine summer background with a license to operate stock over a slightly wider period.

The layout was built jointly by Andy McMillan and Steve Bomford, over ten years on a one night per week basis; this is our first layout to reach such an advanced stage. In many ways it has provided a test bed scenario for many constructional techniques and ideas. Certain areas are being upgraded and continue to provide satisfaction and enjoyment.

Vopak Terminal depicts the contemporary freight operation at the chemical facilities located at \Barry Docks, in South Wales.  A regular EWS rail movement of both chemicals and box containers from the continent are unloaded at the small tarmac apron and tripped by road to the nearby silicone processing plant.

The dockside is open to the public and close up ‘street running’ of the train can be seen as it winds its way across numerous unprotected road crossings on its way from Cadoxton to the port.